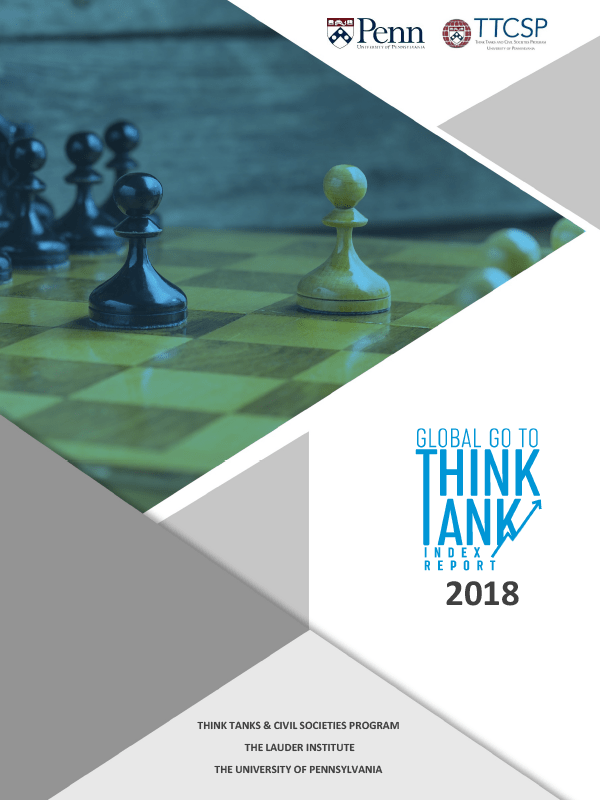 The Think Tanks and Civil Societies Program (TTCSP) of the Lauder Institute at the University of Pennsylvania conducts research on the role policy institutes play in governments and civil societies around the world. Often referred to as the “think tanks’ think tank,” TTCSP examines the evolving role and character of
public policy research organizations. Over the last 27 years, the TTCSP has developed and led a series of global initiatives that have helped bridge the gap between knowledge and policy in critical policy areas such as international peace and security, globalization and governance, international economics, environmental
issues, information and society, poverty alleviation, and healthcare and global health. These international collaborative efforts are designed to establish regional and international networks of policy institutes and communities that improve policy making while strengthening democratic institutions and civil societies
around the world.